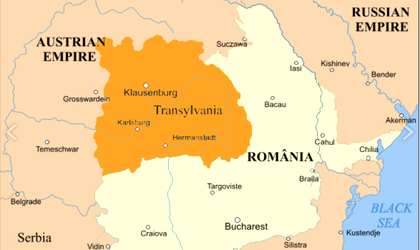 On 24 January Romanians celebrate the 1859 union of the Principalities of Moldavia and Wallachia, which represented the first step towards the creation of the modern Romanian state.

The union of the two provinces, which shared a common culture, language and history, had been a longstanding desire of their elites. However, the aftermath of the Crimean War brought a change of in the balance of powers in the region, as Russia got defeated by the Great Powers, namely the United Kingdom, France, the kingdom of Sardinia and the Ottoman Empire. After the end of the Crimean War, in 1856 the Paris Treaty rules that Moldavia and Wallachia would remain under nominal Ottoman rule, but would be able to adopt independent constitutions and appoint national assemblies under the monitoring of the victorious powers. Moreover, the treaty allowed for a referendum to be held to consult the people of the two provinces on the union.

The Union of the Romanian Principalities, also known as the Small Union, due to the fact that it preceded and paved the way for the Big Union of 1918, was made possible after Alexandru Ioan Cuza got elected ruler in both provinces, which had led to their union. In Moldova, Cuza was elected in unanimity on 5 January 1859, and in Walachia on January 24.

At first, the development, a veritable fait accompli, was regarded by the Ottoman Empire and Austria as a breach of the Paris Convention. However, the text of the 1858 Convention did not state that the rulers of Moldavia and Wallachia cannot be one and the same person.

In 1862, with the help of unionists in the two countries, Alexandru Ioan Cuza united the Parliament and the Government, accomplishing the political union. After his removal from power in 1866, the union was consolidated by the appointment of Carol of Hohenzollern-Sigmaringen. After the adoption of the 1 July 1866 Constitution, the United Principalities are known by the name of Romania. On 1 December 1918, the Great Union of Transylvania took place, creating the modern Romanian state.