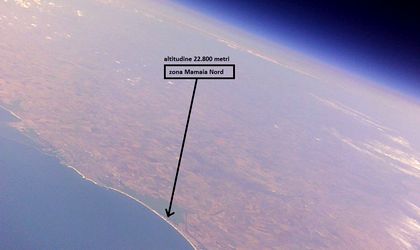 The vehicle reached 23 km in altitude, becoming the first Romanian UAV to go beyond the 18-km altitude milestone in a controlled flight in the Romanian airspace.

The maximum altitude during the flight was 23 km and the plane covered 40 km horizontally, above the Black Sea. The mission duration was four hours, after which the vehicle landed at a predefined area.

Armstrong’s line represents the altitude from which atmospheric pressure is so low that water boils at normal body temperature.