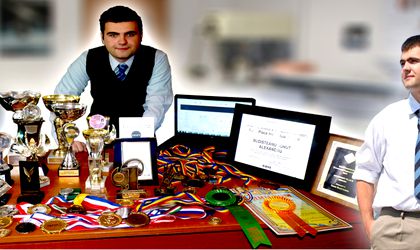 Ionut Budisteanu, 19, from Romania, was awarded first place for using artificial intelligence to create a viable model for a low-cost, self-driving car at this year’s Intel International Science and Engineering Fair, a program of Society for Science & the Public, announced the company in a press release.

Budisteanu received the Gordon E. Moore Award of USD 75,000, named in honor of the Intel co-founder and fellow scientist.

His research addresses a major issue. In 2004, car accidents caused 2.5 million deaths worldwide, with 87 percent of crashes having been the accident of the driver’s mistakes.

With 3-D radar and mounted cameras, the Romanian teenager created a feasible design for an autonomously controlled car that could detect traffic lanes and curbs, along with the real-time position of the car. This would only cost USD 4,000.

This year, approximately 1,600 young scientists were chosen to compete in the Intel International Science and Engineering Fair. They were selected from 433 affiliate fairs in more than 70 countries, regions and territories.