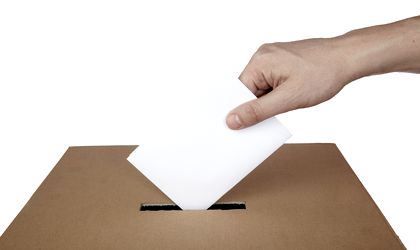 The Coalition for the Family, the NGO behind the two-day referendum held in Romania, released a statement accusing political parties of ‘widespread boycott’ targeting Christians. The referendum is held October 5-6 and calls Romanians to vote on the inclusion in the country’s constitution of the definition of marriage as the union between a man and a woman. The turnover in the second day of the referendum stood at 11.67 percent. In order to be validated, the turnover needs to be 30 percent.

“Having analysed the existing data on each county as well as the information communicated by the citizens involved in supporting this approach, the Initiative Committee for the Promotion of the Legislative Proposal of the Citizens on the Review of Art. 48 par. (1) of the Romanian Constitution, reports the evidence that we are facing  a generalized boycott of all the political parties that voted in the Parliament the law revising the Constitution of Romania, which is the object of this Referendum.”

“For all who have falsely stated, in an unprecedented misinformation campaign since the 1989 Revolution, that this Referendum is one of the Social Democratic Party and of its leader, Liviu Dragnea, is now becoming evident through the boycott of the PSD in the entire country, that these claims are false. This is proved by the superficial and unprofessional manner in which the Referendum was organized, so that even elementary data on the subject of the referendum were not communicated to the Romanian public.”

“We have to understand that we are in the situation where all calls to vote of Christian churches and Christian cults in Romania are boycotted by political parties, despite the official statements of their political leaders. The massive misinformation campaign of the entire Romanian electoral body is carried on today, through political, administrative and media vectors, under the influence of political parties,” the statement reads.

“We draw the attention of political parties that Romanian citizens are the first to understand this political boycott, spreading its effects from every county in the country, and the falsity of their leaders’ public statements in relation to how the parties actually acted.

We make a last appeal to immediately cease this generalized political boycott across the country because it is directed and primarily against Christians in Romania,” the Coalition’s statement reads.