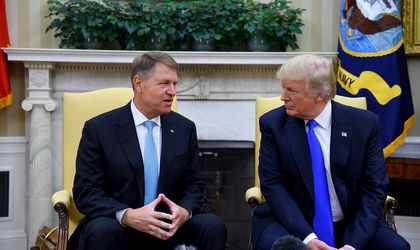 Romanian president Klaus Iohannis has been invited to the White House by US president Donald Trump on August 20.

The visit comes as Romanians mark the 30th year since the fall of communism and the 15th year of the country’s NATO membership.

In 2017, Klaus Iohannis was the first Eastern European president to meet with Donald Trump at the White House.

The White House statement announcing Iohannis’s visit on August 20 said that the two leaders “will discuss how best to meet the many shared security challenges facing the United States and Romania and ways to advance fair and reciprocal trade and energy partnerships.”

The Romanian presidency also released a statement confirming the upcoming meeting in Washington, adding that the two presidents “will discuss the strengthening and development of the strong and dynamic Strategic Partnership between Romania and the United States of America, in all its dimensions, including in terms of security and economy.”

“The Romanian president will highlight the fact that our country will continue to be a solid strategic partner and a responsible and trustworthy ally for the US, as one of Romania’s foreign policy priorities is to consolidate the transatlantic relationship and the security of the euroatlantic space,” the Presidency noted.