Romanian president says PNL will form the new government, PM to be nominated next week 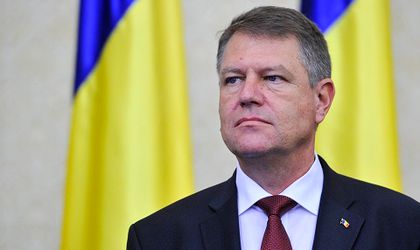 Romanian president Klaus Iohannis said that the new government will be formed by the liberal party (PNL), following the fall of the PSD executive, and that he will nominate the prime minister on Monday or Tuesday.

“It is quite clear that we are going towards a PNL government or a government led by PNL, and in the following days the nuances will be clarified,” Iohannis said in a press conference called following the discussions with the political leaders.

He clearly stated that Romania needs a new government as soon as possible in order PSD members out of their current ruling positions.

Iohannis also pointed out that he supports a government with a clear political composition, referring to the former Ciolos “technocratic” government.

“We urgently need a government that will ensure the correctness of the presidential elections, prepare the 2020 budget, a government that responsibly closes the 2019. The government needs to come and fix the mistakes made by the PSD in the economy,” Iohannis indicated.

“On Monday or Tuesday, I will nominate a prime minister to come up with a government proposal,” he added.

On Friday, president Klaus Iohannis discussed with the representatives of parties represented in the Parliament at the Cotroceni Palace, on the subject of forming a new government following the fall of the PSD government through a motion of no confidence.

He suggested that he supports the idea of early Parliamentary elections, but on Friday he pointed out that such a move would be possible only after the presidential elections.