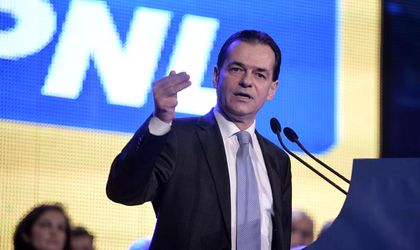 Romanian president Klaus Iohannis has nominated the leader of the National Liberal Party (PNL), Ludovic Orban, as the next prime minister of the country, following the motion of no confidence which ousted the government led by Viorica Dancila of the Social Democrats (PSD).

The nomination follows extensive negotiations held by the president with all parliamentary parties.

“I hope that all the political actors can understand the fact that we are in a political crisis and that the faster we come to a good solution, the better. I believe that the new government must take office urgently in order to carry out several tasks: organising presidential elections, developing the 2020 budget project and closing the 2019 budget. I expect many more things from the Orban government and I am certain that they will do their best to be a successful transition government,” said Klaus Iohannis in the joint press conference with PM-designate Ludovic Orban.

According to the Constitution, the prime minister-designate has ten days to bring a governance programme and a cabinet team to the parliament in order to solicit a confirmation vote. The new government needs 233 votes in order to be confirmed.

“The government’s main priorities are: restoring macroeconomic balance and correcting the economic measures which have damaged the business environemnt, restructuring the government, bringing back competence, digitalising administration, placing more attention on transport, education, healthcare and other public sectors, consolidating Romania’s European path. We also aim to follow all the principles of the rule of law, ensure real independence for the justice system, and bring institutions back to serving citizens,” said Orban.

It remains to be seen whether the Orban will receive enough support in the parliament, as PNL is far from holding a majority and has to garner support from some unlikely partners in order for its cabinet proposal to be confirmed. Several parties in the parliament have laid out conditions in order to back the president’s PM proposal, and some of those conditions are diametrically opposed, therefore Orban’s government will have to carefully choose its policy proposals ahead of the confirmation vote.

USR has continued to demand an early election, arguing that the new government would not be able to do its job due to the obstruction it would face in the parliament from the PSD and its allies. However, USR leaders have agreed to support a transition government that would accept a limited term in order to organise the upcoming presidential election, as long as that government agrees to support the following reforms:

On the other hand, UDMR, the party representing the Hungarian minority, whose support Orban most likely needs, has asked for the new government to not support two-round local elections. Furthermore, it doesn’t want Orban’s cabinet to include high-profile PNL leader Rares Bogdan, but that may not be an issue as the draft cabinet list does not seem to include him.

ALDE, the party that until recently formed the ruling coalition along with the PSD, wants the Section for the Investigation of Crimes in the Judiciary (SIIJ) to remain functional – this new institution has been the target of much of the opposition’s criticism against the PSD, with claims that it is designed to interfere with the independence of the Justice system.

In response to these demands, Ludovic Orban has noted that the two-round local elections, the SIIJ and the compensatory recourse are already the subject of parliamentary initiatives, therefore the government would allow them to continue in a parliamentary process, suggesting that his government would not intervene in that process.

If the Orban government is not validated by parliament, the president will have to come up with a second nomination. If that proposal is also rejected within less than 60 days from the first vote, the parliament can be dissolved by the president, leading to an early election. However, MPs are very unlikely to act towards an early election as a shortened term means they would lose their special parliamentary pensions and entitlements.