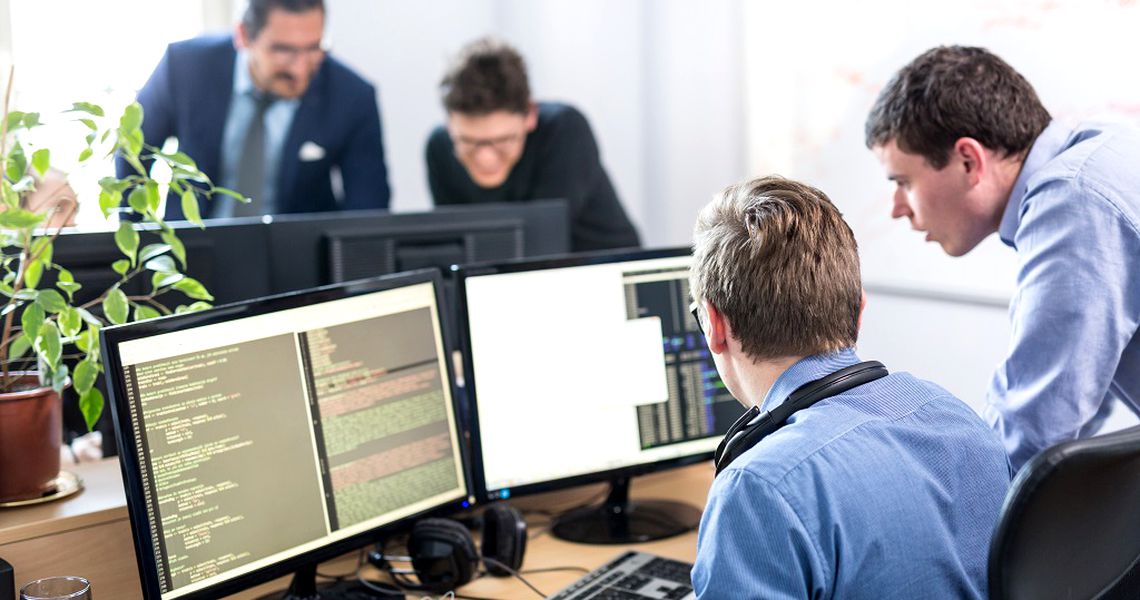 Only around half of working-age Romanians have a proper job, but many bosses claim that the second-poorest EU member state is experiencing a workforce crisis. This is a paradox for a country where millions of people are missing from the job market despite being unemployed or largely underemployed.

With a fertility rate among the lowest in the EU, such demographic trends are likely to continue, experts say.

However, Romania has only around 5 million employees – and its employment rate is among the lowest in Europe.

Hidden in the official statistics, millions of Romanians are living on the edge with limited income and options.

The latest National Institute of Statistics (INS) data, seen by Business Review, show that Romania has 1.6 million working-age adults – or 19 percent of the total employed population – considered “self-employed in agriculture”.

For most of them, this label is just another word for “jobless”, as they usually live in poor rural areas, with very few employment options, and have small plots of arable land usually used just to cultivate their own food.

“The main source of this problem is education, but low mobility also plays a role. Only the young people are ready to move to another region for a job,” Oana Datki, an HR expert, told Business Review.

These individuals are part of a large Romanian population cut off from economic growth, according to experts.

“Romania’s prosperity is not equally shared, as the bottom 40 percent is largely disconnected from the drivers of growth. Close to half of the people in the bottom 40 percent of the income distribution do not work, and another 28 percent remain engaged in subsistence agriculture,” World Bank experts said in a recent report, called From Uneven Growth to Inclusive Development: Romania’s Path to Shared Prosperity.

Unemployment in Romania is highly concentrated in poor rural areas – mainly in Moldova and southern Wallachia – where the labor force is largely unskilled and where there are few opportunities. But this lack of opportunities is not compensated for by labor force mobility.

However, a visitor to these poor rural areas in Romania would be surprised to discover that few people are interested in taking jobs, as the few existing opportunities mean eight-hour-per-day jobs on national minimum wage (around EUR 250).

Experts say this is partly due to the still powerful model of “working abroad to get rich”.

“There are many people who say: why should I work here every month for RON 2,000 when I could work two or three months each year abroad for more than EUR 1,000 and live the rest of the year on it? It is a strong model of getting a better life by working abroad, but many don’t realize the costs: working hard in humiliating conditions, in many cases,” Datki said.

In fact, many Romanians described as “self-employed in agriculture” live in households where there are mixed income sources: pensions, social assistance, black market / day laborer salaries, and benefits in kind.

Their total real income is sometimes close to or even higher than the minimum wage – and this leads to little incentive to take on full-time jobs.

Some people in this category are also temporarily working abroad, where they earn enough to spend a few months in their home country without working and to make some investments in their own homes.

With around 3.5 million Romanians working abroad, many people in poor rural areas regularly receive remittances from relatives working in rich Western countries, and this lessens the need to work locally.

But this model could change when wages in Romania exceed a certain threshold, becoming an incentive to work.

“The best incentive to push these people into the job market is the money they could earn. When wages in Romania approach levels in Western Europe, people will naturally prefer to work in their own country,” Datki says.

Average net monthly earnings in Romania rose by 13.3 percent year-on-year in July, to RON 2,708 (EUR 582), but remain the second-lowest in the EU after Bulgaria.

However, some industries in Romania are already paying well. In the IT sector, the monthly average wage was EUR 1,412 in July.

But most employees earn much less. In accommodation and food service activities, which employ hundreds of thousands of people in Romania, the average wage is EUR 340, according to official data.

Despite this large domestic workforce source, employers and the government are looking abroad to find staff .

Recently, coastal business owners in Romania have said that they are having an increasingly tough time finding seasonal workers to provide essential services for the tourism industry. They urged the government to make it easier for them to hire workers from other countries.

In July, Romania’s government increased 2018 quotas for non-EU foreign workers by over 5,000 work permits, in response to high demand from local companies claiming they are affected by the workforce crisis.

The government decided to increase by 5,200 the contingent of newly admitted workers on the Romanian labor market this year for the two major categories of employment – up to 8,000 permanent workers and 2,400 posted workers.

Official data show the total number of non-EU foreign employees in Romania was 17,089 in July 2018, an all-time high, but a negligible figure compared with the numbers seen in Western European countries.

This trend is in sharp contrast with the impressive economic growth Romania experienced last year, posting a 6.9 percent GDP increase, the highest in the EU.

According to official data, the workforce shortage is concentrated in areas like services (with a 2.9 percent job vacancy rate in Q2 2018), a consequence of the fact that much of the economic growth in Romania is the product of a consumer bonanza, stimulated by years of wage-led growth government policy.

Other workforce shortages are in the industries requiring highly skilled workers.

“All sectors are affected by labor force shortages but the worst affected industries are IT, services in general, manufacturing and logistics,” Datki outlines.

However, even more serious labor shortages are currently being experienced in the EU by more advanced economies, with sophisticated structures and high wages.

In fact, Romania posted the seventh lowest rate among the 28 EU member states in the second quarter of this year, Eurostat data show.

Among EU member states, the highest job vacancy rates in the second quarter of 2018 were recorded in the Czech Republic (5.4 percent), Belgium (3.5 percent), the Netherlands (3.1 percent), and Germany (2.9 percent).