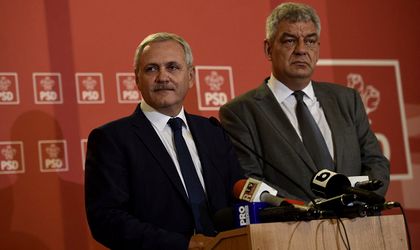 After Mihai Tudose’s announcement that he would resign from his position as prime minister due to the tensions that built up within the PSD party, members of the political opposition expressed their viewpoints on this new political crisis in Romania.

USR posted a message on their official page where they highlight the failure of the PSD-ALDE coalition in governing the country, and they ask president Iohannis to reject any proposal coming from PSD to replace Tudose.

USR believes that the best option is for Romania to have early legislative elections since PSD-ALDE have lost their legitimacy.

Former PM and leader of the Romania 100 organisation, Dacian Ciolos, observes that it is unprecedented for a party with a comfortable majority in parliament to dismantle two of its own governments within a year.

Ciolos argues that the major ingredients in the PSD-ALDE governance are populism, incompetence and political instability, which will all ruin the country. He claims that in case of early elections, the Romania 100 platform will be there as part of the solution.

Ludovic Orban, leader of the largest opposition party PNL, said that the current situation makes him think that early elections might take place, despite the fact that the procedure is difficult and entails the rejection of two proposals for government. Orban added that PSD is dangerous for Romania as they use their power against the people’s interests.

Kelemen Hunor, the leader of UDMR, a party representing the Hungarian minority in Romania, stated that PM Tudose had no choice but to quit, as he had lost the support of his party, also adding that the party did more quarrelling than governing.

Former president Traian Basescu had a strong reaction to the events, saying that Liviu Dragnea is a “sick madman” who brings down governments without any concern for the consequences suffered by the country. He warns that Romania is in a region full of military tension, that the EU is in a reshuffling process in which we are not participating, the national currency is depreciating, interest rates are increasing and direct investments have come to a halt.