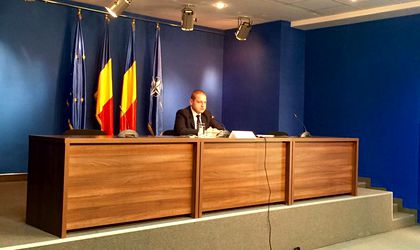 The Romanian Ministry of Tourism looks for a solution after Omnia Turism’s bank accounts were blocked on Tuesday following the death of the agency’s owner.

Mass-media announced on Tuesday night that the Omnia Turism’s owner George Negru died, which led to a total bank accounts blocking and so the agency recorded a loss of EUR 7.4 million. All the money came from selling 8,300 packs for 2018.

“The minister Mircea Dobre personally discussed with a part of the agency’s clients and with the partner agencies’ officials to find a possible solution. There is a total loss of EUR 7.4 million, cashed money from selling 8,300 packages for 2018 worth of EUR 11,4 million,” stated the Ministry.

There are currently 80 blocked tourists in foreign countries.

At the press conference on Wednesday , the minister of tourism said that this is the biggest loss in tourism since the revolution.

“What I can say is that for the October 17 and December 31 period were cashed EUR 433,139 from individuals and legal entities, as persons that should have leave in vacations. This is not possible anymore, the company lost this money. I make a call to every person that bought this packs not to leave anymore even if their plane tickets are paid,” stated the minister of tourism.