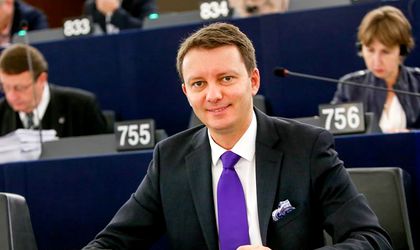 The budgets committee of the European Parliament (EP) has appointed Siegfried Muresan as rapporteur of the Parliament for the budget project of the European Union in 2018. He is the first Romanian MEP that will be the chief-negotiator of the annual budget of the EU.

Muresan, who is part of the European Popular Party (EPP), worked this year as rapporteur of this political group for next year’s budget of the EU, worth EUR 158 billion.

“It’s a task of significant importance and difficulty to negotiate a budget of EUR 155 – 160 billion, but I will do it with great responsibility. It is very important to have continuity and to finance priorities of economic growth of the EU, with a focus on infrastructure, research, innovation and jobs for young people, but also the strengthening of the security of European citizens,” said Muresan, who is vice president of the EP committee for budgets.

The MEP added that he wants 2018 to be the year when Romania will absorb a lot of EU money, adding that he will include in the budget the money required for local investments in cohesion, infrastructure and the construction of motorways.

“But the Romanian government has to do its job and absorb this money. I will work closely with authorities in Bucharest to ensure that this objective is met by both sides,” said the politician.

The job of the rapporteur for the annual EU budget is to present the political priorities of the Parliament and to negotiate with the presidency of the EU Council and the European Commission the final version of the budget.