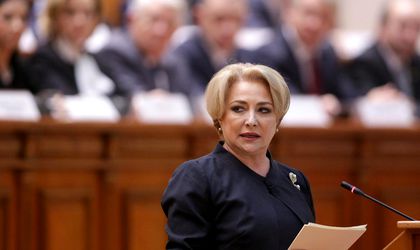 The opposition parties in the Romanian Parliament will submit in the following days a motion of no confidence against the government led by Viorica Dancila, as the motion has been signed by more than 233 members of the Parliament, the minimum number of votes necessary to overthrow the government.

The motion is prepared by the Liberal Party (PNL), but it is also signed by members of other opposition parties – USR, PMP, UDMR, Pro Romania, and even ALDE, the former junior member of the ruling coalition.

In August, the ALDE party led by former Senate president Calin Popescu Tariceanu – which had been a part of Romania’s ruling coalition together with the Social Democratic Party (PSD) since the general election in 2016 – departed from the government.

The document will be officially submitted on Monday by the main opposition party PNL.

“We have more than 233 signatures. (…) The motion will most likely be filed on Monday and, according to the Constitution, it will be debated and voted on Monday or Tuesday, October 7th or 8th at the latest,” PNL president Ludovic Orban said on Tuesday, cited by Mediafax.

PSD currently has no majority in the Parliament, totaling less than 200 votes, while the opposition parties say they have more than the 50 percent + 1 threshold needed for the motion to pass (233 votes).

The motion has more chances to pass than the previous one, submitted in June, when the PSD-ALDE had a clear majority in the Parliament.

But following the split of the ruling coalition and the obvious attempt of PSD to break ALDE in order to form a new majority, ALDE’s leader decided to support the motion of no confidence.