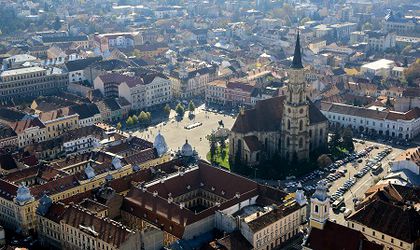 The Romanian IT sector has doubled its revenues in the past six years, and is valued at approximately EUR 5 billion, a survey by Aries Transylvania conducted in collaboration with the Cluj-Napoca City Hall and Local Council shows.

In the past six years, the number of accompanies active in the IT sector almost doubled. Moreover, the turnover of the of the IT companies doubled over the past 6 years, while the share of the sector overall, alongside the communications sector, increased to 6 percent of the GDP.

The evolution of the IT industry at a national level has recorded a major development, according to the study. The 14,339 companies recorded in 2016 employed over 100,000 staff, representing a 75 percent increase in the past six years.

Furthermore, during the period surveyed, the number of startups active in the IT sector has doubled, which shows the emergence on the market of entrepreneurs, promoters of new ideas, new solutions and a new attitude in business. Their capacity to withstand the competition represents one of the challenges of the IT market, the study argues.

The business capacity of the IT companies is also reflected by the doubling of the total turnover in 6 years.

One third of companies have no employees

Moreover, increasingly more IT companies are finding it difficult to recruit staff and more of those working in the IT sector prefer to set up their own company, which is reflected in the increase in the number of startups. Between 2011 and 2016, the number of startups almost doubled, from 1,806 startups in 2011, to 3,795 startups in 2016, and their share among It companies increased from 18.4 percent in 2011 to 26.5 percent in 2016.

In Cluj Napoca, for instance, in the past 6 years the number of startups soared to 281 percent, almost triple compared to 2011.

Overall, the IT market in Cluj-Napoca increased very much compared to other centres of development in the IT sector, such as Iasi and Timisoara. According to the study, Cluj-Napoca can be considered the main IT business poll in Romania, after Bucharest.

The study was conducted by Encore Research at the request of Aries Transylvania, with support from the Cluj-Napoca City Hall and City Council.