Romanian IT industry will shrink in 2018 if fiscal changes are implemented, says ANIS 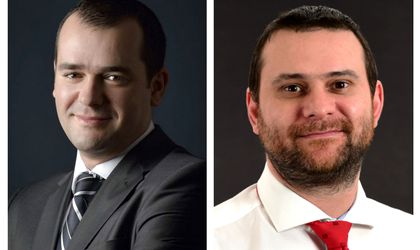 The political and administrative decisions that are on course to be implemented in Romania will cause the IT sector, one of the country’s fastest-growing right now, to shrink in 2018, warned today the Employers’ association of the software and services industry (ANIS) at a press conference.

According to ANIS, the upcoming fiscal changes severely diminish the growth opportunities of the local IT industry. Specifically, the solid 15 percent growth recorded by Romania’s IT sector this year, as well as the over EUR 4 billion turnover posted in 2017 will not be attained next year, under a business-as-usual scenario.

“Unfortunately, the recent changes to fiscal laws are pushing companies to make internal evaluations, regardless of their size or business model. This indicates that the growth will stagnate or even be reversed, under the pressure of recruiting and of the spike in labour costs,” ANIS representatives said in a statement.

The new consequences of the fiscal changes will be felt already on 1 January 2018, when the over 35,000 employees in the sector will lose EUR million monthly, due to the new way of taxing wages. Under the new laws, ANIS warns, the effort of the over 110,000 experts that have led to a continuous growth of the sector over the years, will have an uncertain future.

The lack of predictability when it comes to the fiscal laws and the measures at cross purposes that were taken at government level point towards a cautious forecast for the development of the tech industry in 2018, ANIS believes. Moreover, the growth forecast on a medium and long term are severely hit. In particular, the fact that the fiscal changes are implemented in a very short time has a negative influence on the development opportunities of the local industry.

“In spring we will come up with figures but we can now tell that there are companies that wanted to come to Romania and have decided against, job openings that will be scrapped and small companies that will close down,” Mihai Matei, ANIS vice president argued. “What we would like, is a solution now, by the end of the year. If we talk about this in January or February, it will be too late. We will be open to talks with the government,” Matei added.

“In the middle of a digital revolution, Romania is trying to achieve a top position, confirmed in 2017 by several important transactions at an international level, such as the acquisitions of Vector Watch by Fitbit and that of Clever Taxi by my taxi, as well as the investments announced for UiPath and Bitdefender. Our country has the chance to multiply such success stories, but it will not be able to do so without a solid base and predictability,” Teodor Blidarus, ANIS president said.

“Romania is the only country in the region where investment in digitalisation from the public sector has decreased. And we are adapting to this by exporting”, Blidarus explained, but this is causing a setback. “After 1989, the question was ‘how long before we catch up with the west.’ Now it seems that the gap will deepen,” he said.

In search of the next unicorn: digital services for the financial industry