Romanian Health Minister: Physicians should not campaign against vaccines 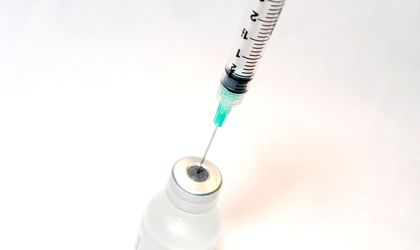 Minister of Health Florian Bodog stated on Tuesday that physicians should not be allowed to campaign against vaccines, especially given that there is overwhelming proof that a lot of diseases were eradicated via vaccinations. Of late, several babies and children died of measles in Romania.

„I said that a responsible parent must parent must vaccine the children, I believe a responsible doctor must acknowledge the values of medical research and must respect and promote them. I do not believe a medic has the right to campaign against vaccines,” Minister of Health Florian Bodog said. He answered questions on the Law on vaccination that states that a doctor that campaigns against vaccines could be sanctioned by the Romanian College of Physicians (RCP).

The Ministry of Health said that, after it received requests to host a public debate around the newly-proposed law, it is considering holding one next week.

Asked what kind of sanctions the doctors who campaign against vaccination could receive, the minister said the law does not provide information on that. Instead, they could be added after talks with the Romanian College of Physicians (RCP), with the physicians themselves and with the civil society.