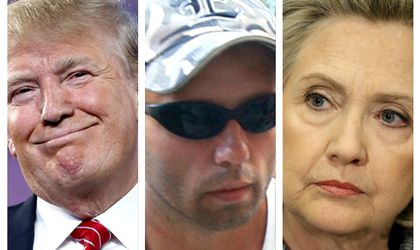 Marcel Lehel, the Romanian hacker known as Guccifer, has made a controversial statement about the Hillary Clinton email scandal, claiming that he had illegally breached her server.

Lehel, 44, made this statement after he was extradited to the United Stated, where he has already made his first court appearance.

Speaking to a Fox News correspondent from the Virginia jail, where he is being held, Lehel said that getting into Hillary Clinton’s server “For me, it was easy … easy for me, for everybody.”

“I was not paying attention. For me, it was not like the Hillary Clinton server, it was like an email server she and others were using with political voting stuff,” Guccifer said, according to fox.com, which said it could not independently verify his claims.

In the meantime, Clinton’s campaign team has rejected Lehel’s allegations.

“There is absolutely no basis to believe the claims made by this criminal from his prison cell. In addition to the fact he offers no proof to support his claims, his descriptions of Secretary Clinton’s server are inaccurate. It is unfathomable that he would have gained access to her emails and not leaked them the way he did to his other victims,” said a campaign aide, according to the Washington Examiner.

According to CNN, which quotes law enforcement sources, the FBI investigation into Guccifer found no sign he got into the Clinton server.

Clinton, the front-runner in the race for the Democratic 2016 presidential nomination, has apologized for using a private email server for official business while secretary of state from 2009 to 2013.

Republican candidate Donald Trump did not miss the chance to attack Clinton after Lehel’s comment:

Guccifer was already serving a combined seven-year sentence in Romania, including a four-year term handed down in 2014 for illegally accessing email accounts of public figures, according to Reuters.

Prosecutors said Lehel had breached the email and Facebook accounts of several celebrities in Romania. He was also accused of having breached a Yahoo mail account belonging to George Maior, who at that time was the head of the domestic intelligence service SRI.