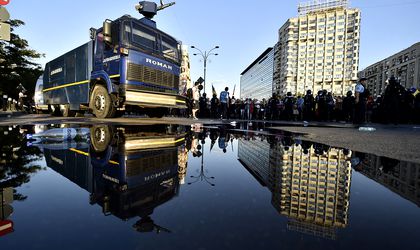 The Romanian Gendarmerie has made a formal complaint to the Directorate for Investigating Organized Crime and Terrorism (DIICOT), regarding the August 10  violent anti-government protest. The complaint regarded crimes against ‘the constitutional order’ of the country.

According to Romania’s Criminal Code, perpetrating violent acts against people or goods by a group of people, with the purpose of changing the constitutional order or hampering or blocking the state from exercising its power, in the event of a threat to national security, is punishable by detention, of between 10 to 20 years.

The Romanian Gendarmerie used force and gas to disperse the protesters that had gathered in Victoriei Square on August 10 to rally against the Romanian government. The move caused an outcry, as it left many injured. The Gendarmerie was accused of using excessive measures and was called by the Romanian president Klaus Iohannis to answer the accusations.

Romania’s ruling party, the Social Democratic Party (PSD), called on Tuesday for an investigation into the information that have appeared in the public space regarding the “external financing” of the August 10 street protests.