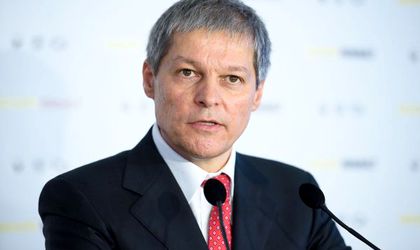 Dacian Ciolos, a former prime minister of Romania and the head of the country’s PLUS party, has been elected as the leader of Renew Europe, the newly-established centrist group in the European Parliament.

Renew Europe was formed after the recent European Parliament elections and was built on top of the former ALDE group, joined by Emmanuel Macron’s En Marche and Romania’s USR PLUS alliance. It will be the third largest political group in the 2019-2024 European Parliament, with 110 seats, most of which are held by the French delegation.

Dacian Ciolos ran for the position along with Dutch MEP Sophie in ‘t Veld and Swedish MEP Fredrick Federley. Ciolos had the support of En Marche, Spanish party Ciudadanos and other parties in Germany and the Netherlands, and therefore had been the favourite to get the Renew Europe leadership role.

“The presidency of the Renew Europe group is only a step in the political construction we’ve worked towards in the past two years. It’s an important step, but it’s only the beginning of our project. We’ve proven that we were trustworthy in the May 26 elections, we’ve proven that we were an integral part of Europe’s relevant political forces. We will continue to bring as much of Europe as possible to Romania through our activity in Brussels and in the MEP offices we will open across the country,” Ciolos wrote on Facebook.

Ciolos’s win puts him in one of the most prominent positions in the new European Parliament, Politico wrote on Tuesday, as shrinking support for the traditional center-right European People’s Party and center-left Socialists and Democrats will require pro-EU groups to form a much broader majority coalition.

The USR-PLUS Alliance obtained a score of 22.4 percent in the European elections in Romania on May 26, coming in third with only a few thousand votes behind the ruling PSD, which got 22.5 percent. They will have 8 MEPs each in the new EP.

Emmanuel Macron wants the Renew Europe group to call for a more integrated European Union, especially when it comes to financial and economic issues.