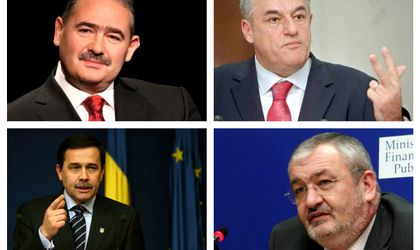 The DIICOT prosecutors requested the extension and prosecution of the four suspects in Rompetrol II file through a decision from June 7.

„In the same ruling it was requested the continuation of prosecution of the suspects Mihai Tanasescu, Dan Ioan Popescu, Sebastian Vladescu and Gheorghe Pogea for the crimes stated above. Moreover, in the ruling from  June 7, it was asked the instauration of assurance measures over the movable immovable goods of the suspects,”says DIICOT.

Popescu, Vladescu and Pogea were present on Wednesday at tge DIICOT office where they where announced that they are prosecuted, after Mihai Tanasescu was present at the Court on June 17.

Popescu said when exiting from DIICOT building that the prosecutors told him that he is investigated in Rompetrol II file and that it has „around 3,000 volumes” which would mean „over one million pages.”

The president Klaus Iohannis approved at the end of May the requests of prosecution for the four ex-ministers in Rompetrol II file.