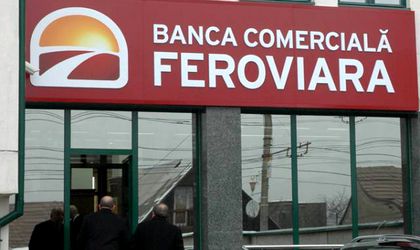 Romanian Commercial Railroad Bank, owned by businessman Valer Blidar, has a new deputy general director, after Cornel Bencehea obtained approval from the National Bank for this position. Benchea has been working for the credit institution since December 2011, after previously being employed by the Sibiu branch of BNR, writes Mediafax.

Benchea has over 15 years of experience in banking, particularly in developing networks of banks on the capital and loan market.

In the past, Cornel Benchea has worked for BRD as a Group Director in Sibiu and for Carpatica where he filled the position of director for the International, Investment and Capital departments.

The Romanian Commercial Railroad Bank has a manager in the person of Petre Tulin and two deputy directors: Vladimir Selaru and now Cornel Benchea.