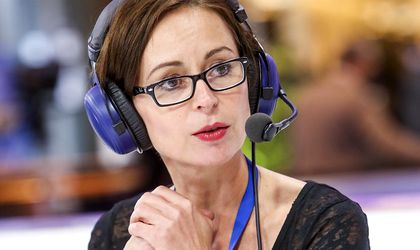 Romanian national Dana Spinant will be part of the media relations team of European Commission president-elect Ursula von der Leyen, as Deputy Chief Spokesperson, according to an announcement from the Commission.

The other members of the media relations team will be Jens Flosdorff, as Executive Communication Adviser in the President’s cabinet and responsible for the President’s media activities, and Eric Mamer, as Chief Commission Spokesperson.

Dana Spinant is currently director in charge of budget, communication and general affairs in the Commission’s Directorate-General for Regional and Urban Policy. Before that, she was a head of unit in charge of irregular migration (2015-2017) and of drugs policy (2010-2014).

Prior to joining the Commission, Dana Spinant worked for 15 years in journalism, including as editor and deputy editor of European Voice (2002-2009), deputy editor of EUobserver.com (2001-2002), as well as news director and Brussels correspondent for various Romanian TV channels.

Spinant will start in her new position once the von der Leyen Commission takes office, which according to the Treaties is November 1, 2019.