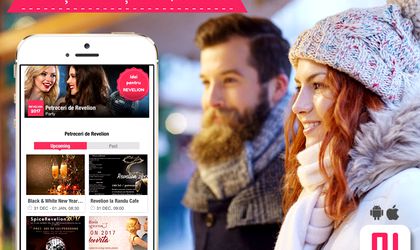 Romanian app Urby, which acts as a personal planner for free time, launched in seven new Romanian cities. The app also launched a special package that includes all parties and events on offer.

Overall, users have access to a calendar of events taking place in 16 Romanian cities. “We created Urby to help users fully enjoy city life in their city. Ubry centralizes, organizes and classifies thousands of events and places, so that usrs can find those relevant for them, with just a few clicks. We want them to find out everything that happens in their city, during the holiday season and not only. Already, the holiday offers are the most popular category in the app,” Urby CEO Ionut Munteanu said.

“We also support local businesses, helping event organizers and service providers to advertise themselves and to communicate directly with the public in their city. Thus, we hope to give one more chance to local initiatives in the fields of culture, advertising, social, sport and personal development, as well as to grow the attractiveness of cities included in the app both to their inhabitants as well as for tourists,” he added.

Three months from its launch, the app listed over 13,000 events and has over 7,500 users. Currently 500 local businesses got listed on the app.

According to Munteanu, the app is popular abroad too. “We are already present in the Netherlands and Germany, and next year we are planning to expand to France and Great Britain. We extend in every city we receive significant notifications from,” he said.

The free app is available both for Android and iOS users and is developed by Sibiu-based Eventya Co.