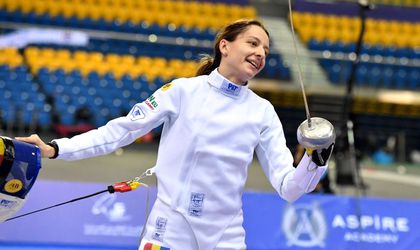 For the fourth time, Romanian Ana Maria Popescu has won the women’s épée World Cup after gathering most points in the fencing competition charts, the Romanian Fencing Federation recently announced.

The International Fencing Federation decided to grant the 2020 titles this month as many competitions could not be organized because of the pandemic. The decision to grant the 2020 title already was taken this month by the International Fencing Federation (FIE) because several competitions could not be organized due to the coronavirus pandemic. Thus, FIE decided that the fencers who won the 2020 annual rankings, in juniors and seniors, individually and by teams, be declared depending on the world rankings at the level of March 2020, when sports activity ceased.