Romania startup story. What are the plans of Lifebox? 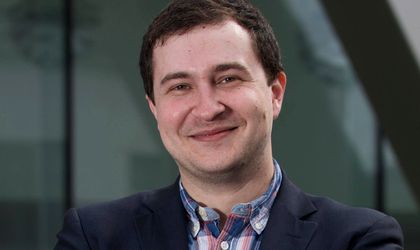 Lifebox, an application that helps users gather photos from friends on any device, won the prize for Best Product at Innovation Labs and went on to obtain two financing rounds that helped the business take off. Radu Oprea, CEO & co-founder of the Romanian startup, tells BR what the next steps in product development are.

How did you get the idea of starting this business?

It is said that problems are best solved when you have lived through them yourself. After many occasions when, as photography buffs, we failed to send photos to our friends (the most interesting time was when Radu almost slept on the doormat because he did not send holiday pictures to his girlfriend Nadia!), we realized that something was not going well when it came to sending photos after a meeting with friends. We don’t have time, or we are not at the computer, or the phones don’t speak the same language. We talked to potential users and realized this problem was much greater than we initially thought, and we wanted to solve it. We are four friends who know each other and have worked together on countless projects before.

How did you obtain two financing rounds to develop the business?

The first financing round came through the Ignite acceleration program from the UK, while the second came shortly after we finished the program in May 2015. In the case of the second financing round, the most important thing is that we went through an accelerator in which we interacted constantly with the investors. The moment we decided to raise financing, the investors we best interacted with joined us (an investment fund and four private investors). It was a process in which we evaluated each other. It is important to choose the right investors because they have lots of experience and they can help in more ways than just from the financial viewpoint. In the case of seed investments, the most important thing is the team behind the startup. A good team will always make things work, even if the financial idea is not spectacular. In a startup, the status quo often changes and the team must be prepared for this.

How many users does Lifebox have at the moment?

We have a little over 40,000 users and most of them are from Asian countries such as Taiwan. The next countries with the most users are the United States and United Kingdom. For the end-user, Lifebox is free of charge. When it comes to bill payment, we capitalize via B2B partnerships: we offer Lifebox as infrastructure for companies managing many images or wishing to implement new photo sharing or collection features from their users. For instance, an HR department can easily gather images after a teambuilding to better interact with employees, while the organizer of a music festival can implement Lifebox directly into its application without giving resources to building something of its own. We wish to develop the product to work faster and more fluidly on any device, from mobile phones to tablets, computers and TV sets. On the B2B side, we wish to grow the portfolio of customers.

Are you considering a takeover by a larger international company?

This is not something that we are actively pursuing, but if there is an opportunity that would help us develop a better product and it opens new doors to partners who could help us build a better platform, we will consider it.