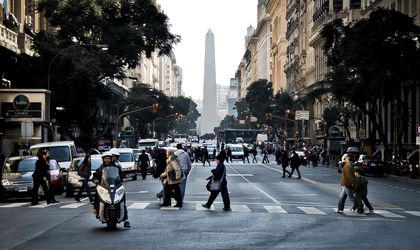 Romania is this year’s special guest at the 2017 Pantalla Pinamar film festival (March 11-18) in Pinamar, near Buenos Aires, Argentina. During the festival, several projections of Romanian films and a masterclass by Romanian actress Lia Bugnar and film critic Mihai Fulger are included in the program.

The Romanian films that will be projected are Bacalaureat by Cristian Mungiu, De ce eu? by Tudor Giurgiu and Dublu, by Catrinel Danaiata. The masterclass offered by Lia Bugnar and Mihai Fulger is offered with support from the Romanian Cultural Institute (ICR).

The Pantalla Pinamar Festival, organized by the National Institute of Cinema and Audiovisual Arts represents a meeting between Europe and Argentina, Pinamar City Hall and international partners. It features films that are appreciated in the two cultural spaces.

On 1 March, Buenos Aires hosted an event presenting and launching the 18th edition of the festival, in the presence of national and local authorities, Argentinian actors and filmmakers, the diplomatic corps and journalists.

The Romanian guests, actress Lia Bugnar and film critic Mihai Fulger will attend the projections of the Romanian features and two press conferences about Bacalaureat, and will speak about the Romanian cinema. The masterclass will be held on 16 March 2017 in the Microcine amphitheater of the Universidad del Cine.