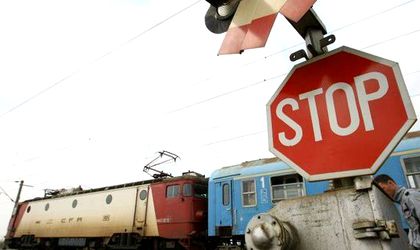 The European Commission, the executive arm of the European Comission, has recently approved funding worth EUR 226.6 million that will be used by Romania to upgrade two segments of the Bucharest-Constanta railway.

The money will be disbursed form the Cohesion Fund and will finance the overhaul of the Bucharest North – Bucharest Baneasa and Fetesti-Constanta sections of the railway.

The rehabilitation works for the 80 km of railway between Bucharest and Constanta in these two segments were initially financed by the Romanian state, with the overall value of the investment standing at close to EUR 475 million. The project is part of the Operational Program for Transport that was available in the 2007-2013 period.

The European commissioner for regional development, Corina Cretu, stated that the EU authorities have approved retrospective projects in the Romanian transport infrastructure worth around EUR 450 million that will receive financing from the Cohesion Fund and the European Fund for Regional Development.

The EC stated that following the improvement of the railway, around 3.7 million passangers will use the train annually on the Bucharest-Constanta route by 2030. In the same period, the freigh traffic will reach 21 millions tonnes per year.

Passenger trains currently reach speeds up to 160 km/h on this route, while in the case of freign train, the maximum speed is of 120 km/h.

At present, the absorption rate for the Operational Program Transport 2007-2013 stands at 81 percent. In the current programming period that runs throgh to 2020, Romania has EUR 9.4 billion worth of EU funds that it can use for large infrastructure projects.