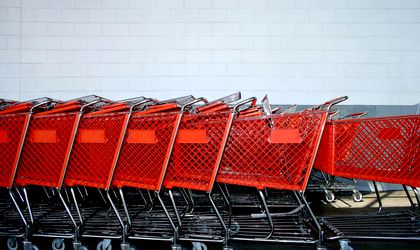 In its latest economic forecast, published on November 10, the European Commission (EC) presents its assessment of the economic prospects for the EU and the euro area at the aggregate level. It also analyses the economic development of Romania and forecasts the economic trajectory through to 2013.

Private consumption to pick up next year
The private consumption has recorded modest growth, but retail trade developments and retail sentiment indicator are pointing towards a gradual revival in this area. The EC projects that private consumption will pick up in the second half of 2012, due to an increase in employment and lower inflation. The export-led growth of this year reduces but will be assisted by increasing domestic demand.

Deficits will be tamed in 2012, but fiscal slippage is possible

The budget deficit is expected to reach 4.9 percent this year, and will decrease to 3.7 percent of GDP next year.

The current account deficit will reach a negative 4.1 percent his year, but it will widen in 2012 and 2013 to a negative 5 percent, respectively 5.3 percent, mainly due to a projected return of domestic consumption.

The EC warns that the elections scheduled for the second semester of 2012 may induce fiscal slippages, under the form of reductions in social security contributions, increase in public sector wages and investment spending. This will have a favorable effect on the short term, but may seriously impact the budget deficit.

The absorption rate of EU funds stood at 3.7 percent as of end-September 2011, and EC specialists consider that more effort in this area could increase the rate of public investments.

The level of domestic arrears decreased at end-August relative to end-January 2011, but the health sector arrears may re-accumulate if adequate reforming measures and proper funding are not set up. At present, most of the arrears are at the level of local government, around 50 percent, while 39 percent are present in the social security sector.

Romania’s unemployment rate remained stable at around 7 percent as jobs losses level off and wages begin to rise. However, the employment of young people (aged 15-24) dropped by 9 percent y-o-y, in the second quarter of 2011.