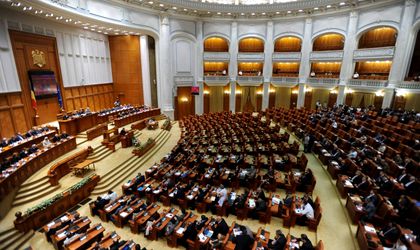 Romania holds the first position in a regional top of legislation changes for the third year in row, with over a quarter (299 laws) out of the total 1,098 laws adopted between August 1 2015- August 1 2016 in six countries from Eastern and Central Europe (ECE). The rank is the same as last year, with Poland on the second place, followed by Hungary, says the report Grayling AcTrend 2016 made by Grayling CEE Public Affairs Practice Group.

The research results show a moderate increase, of 5.5 percent of the number of laws adopted at regional level compared with August 1 2014-August 1 2015 period.

Almost half (483) of the laws adopted have a direct impact over businesses, while more than a third affect the business environment in general (37 percent).

Out of the legislative specific to certain sectors, the highest number of adopted laws regard the financial sector (17 percent), services (12 percent) and agriculture (11 percent). The least affected sectors were IT&C, industry and energy sector.

Three quarters of the legislative changes of the business environment (75 percent) were initiated by the Government, while only a quarter of them (24 percent) were initiated by the Parliament. This year the most productive MPs were in Poland (43 percent), Romania (27 percent), Bulgaria (25 percent) and Hungary (22 percent). The number of legislative projects of local MPs grew for the second year in row. Also, according to the new election law, in Romania, the MPs’ number will be reduced in next legislative project.

Out of the laws with direct impact over businesses, 18.8 percent were adopted by extraordinary procedure. In 2015, this was the most common procedure, especially in Romania, where over a half (52 percent) of the legislative initiatives were adopted by the Government through an emergency ordinance. A different situation was registered in Slovakia and Czech Republic, where all the laws were adopted via a standard procedure.