Romania passed most legislative changes in the CEE between 2016-17, says Grayling 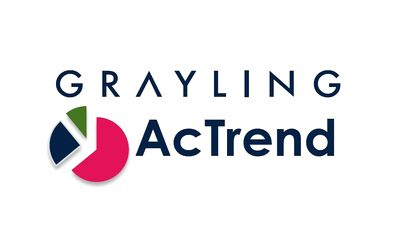 According to Grayling’s AcTrend 2017 report, Romania is the regional leader in the number of legislative changes passed, for the fourth year in a row.

The AcTrend report analysed the laws that were adopted over the period in six CEE countries – Bulgaria, Poland, the Czech Republic, Romania, Slovakia and Hungary. The report also includes a presentation of the political context and an analysis of the activity of these countries’ governments.

Compared to the previous year, the research shows a moderate decline in the number of laws adopted in the region, by 5.3 percent – 1040 legislative changes were adopted in the six countries during the 12 months. The last three years had seen constant growth.

Romania takes the first position for the fourth year in a row, but does show a 6.3 percent decline. Compared to 2013-14, the number of laws adopted in Romania grew by 9 percent.

The most significant decrease for the 2016-17 period, of 46 percent, was seen in Bulgaria – this is due to the prolonged political instability which was generated by the parliamentary elections.

In the region, three out of four laws were initiated by governments.

Services sector – the most regulated in CEE region

Almost half (45 percent) of the laws passed had a direct impact on companies, while more than a third of them impacted the general business environment.

While in the previous years the financial sector had been the most regulated, in 2016-17 most of the laws that impacted companies had to do with the services sector (14 percent), agriculture (12 percent) and health (11 percent). The least affected sectors in the region were IT&C and the energy sector.

In Romania, out of the total of 280 laws, 157 had an impact on something other than the business sector – education, culture, social, administration, justice, etc.

123 laws in Romania had a direct impact on companies, and almost half of those had an impact on the general business environment (laws on the state budget, fiscal code, competition, public acquisitions, etc.). Similarly to the region-wide trends, the most affected sectors were services, agriculture, health, financial sector, industry, energy and IT&C.

Romania: by far the most laws passed through extraordinary procedure

Romania had the highest percentage of laws that were adopted through an extraordinary procedure (49 percent), five times more than the next in the ranking, Slovakia (9.5 percent).

The average percentage of laws with an impact on companies’ activity passed through extraordinary procedures in the EEC was 17.7 percent.

The interest shown by mass media towards newly-adopted legislation decreased to 33.1 percent, from 48.5 percent in the previous year. The only significant increase in interest was in the Czech Republic (+27 percent), in the context of 2017 being an electoral year, which makes mass media generally more interested in political news.