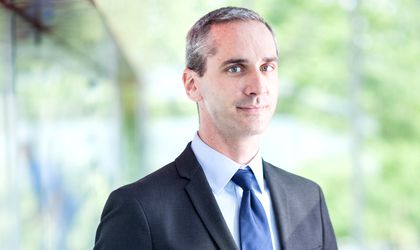 GDP per capita in Romania is currently less than 60 percent below the EU average and most likely it will need to reach a level of about 80-90 percent before joining the Euro area, thinks Dan Bucsa, economist with UniCredit London. Getting there would probably take Romania 20 years given its current growth pace, he added.

“I don’t think we will see a country joining the euro area with a GDP per capita lower than 80 – 90 percent of the EU average. It won’t be lower than that considering the sad experience with Portugal and Greece,” explained Bucsa, during a press event on Friday. Should Romania want to join the Euro area sooner, it needs to accelerate its economic growth which in turn can be done by  focusing on investments and its labor force.  “If we look at investments alone, we see that the highest increases are observed in countries that continue reforms,” he pointed out.

Unicredit Bank estimates that the Romanian economy will increase by 4.3 percent this year and will slow down to 3.5 percent in 2017, in line with European and global trends.

Bucsa argues that the Romanian economy is not at risk overheating, despite recent salary increases which once again are not correlated with an equivalent productivity boost. The timing, however, is challenging, he suggested. “Tax collection hasn’t improved following the VAT cut and the drop in tax revenues comes at a time when Romania’s economy is riding the wave. At this point, budgetary revenues should increase at a higher pace than the GDP,” he pointed out.

The major problem for the local fiscal policy at present is not represented by recent promises of salary increases but that non-discretionary expenses are being increased at the height of the economic boom. “This only proves one thing, that finally everyone has adapted after the crises – consumers are taking out fewer loans, companies invest less and banks as well lend less. The only ones who haven’t adapted are Romanian politicians,” concluded Bucsa.