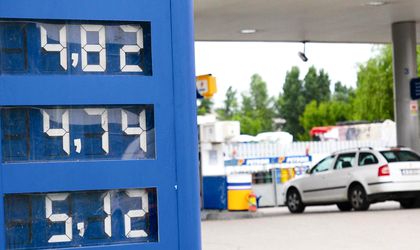 Postponing raising the excise on Diesel fuel for another 3 months is the only alternative accepted by IMF, according to prime-minister Victor Ponta. The budget losses would amount to RON 670mln in this case, and not RON 1,1bln (the cost of postponing both excise taxes, on gasoline and Diesel).

“It’s the only option FMI approves of, it’s the most we can do, on the basis that we can’t afford a hole in the budget bigger than RON 1bln. Right now we are at 670”, Ponta explained.

The decision to postpone the new excise tax on Diesel fuel has not yet been taken.

“We’re still discussing it. The idea is to make a compromise, to have the president’s signature after all”, Ponta added.

Earlier this week, Victor Ponta said that the new excise tax might be postponed again, for another three months, but only for diesel fuel and only if it prove economically viable.

“Things are very clear, the only thing we can do, based on conversations with our international partners, is to postpone the Diesel tax, but only if this is viable economically, not just politically”, Ponta said.

At the end of last year, after the president announced that he will not sign the budget for 2014 with the added excise taxes and after the transporters announced this raise will be included in the price of Diesel fuel which is their main fuel, Victor Ponta announced he will negotizate with the IMF and European Commission postponing the raise for three months and applying the new excise for gasoline alone.