Lazy or just not a sports person? Romania is the second most sedentary nation in the EU 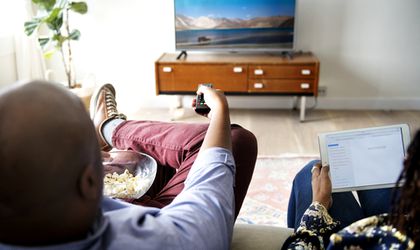 The most recent Eurobarometer conducted by the European Commission found that Romania’s population is the second most sedentary in the European Union.

“Almost three quarters of Romanians spend at least two and a half hours each day sitting down, in front of the TV or computer. 51 percent of Romanians never take part in physical activity,” according to a statement by the Romanian Sports Institute (ISR).

ISR president Adrian Socaciu said that politicians and governing bodies should understand the importance of physical activities in a society. “The EC’s Eurobarometer shows that the number of people who take part in physical activity to improve their health is down by 12 percent from 2013. From my point of view, politicians will continue to view sports as something minor, if they don’t understand the role and importance it has in society,” he said. “What’s missing is a real partnership in three essential sectors for a healthy population: sports, healthcare and education,” Socaciu added.