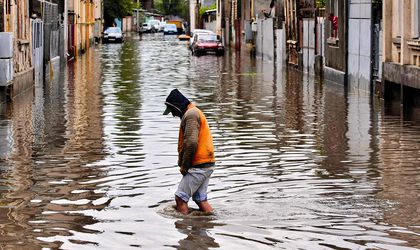 According to Ion Tecuci, department chief at the National Hydrology Institute, the damage from flooding, in the last 42 years amounts to EUR 5 billion. This statement was made during the 8th edition of ICAR, a forum reuniting insurance specialist and natural disaster researchers. Tecuci added that the most exposed areas are Suceava, Botosani and Neamt counties, in Northern Moldova.Approximately 4 percent of Romania’s territory is exposed to flooding, affecting over 1 million inhabitants, he added.

Earthquakes are also a potential danger for Romania’s territory. Sever Georgescu, engineer and scientific head of INCD URBAN-INCER, mentioned that the seismic source in Romania is unique, strongly affecting one part of the country, while the other one is partially impacted. Georgescu added that the earthquake in 1977 killed 1570 people and caused damages of EUR 2 billion.

Recent re-evaluations show that this disaster inflicted a 20 percent loss in the GDP at that date. Marius Bulugea, Director of PAID, an insurance pool against disasters, mentioned that a disaster similar to the 1977 earthquake would inflict losses of approximately EUR 4.8 billion on the residential sector. Bulugea cited international experts on this subject.

Mihai Atanasoaei, Prefect of Bucharest, stated that a significant earthquake would inflict damages worth 8 to 10 percent of GDP to Romania. Atanasoaei explained that Bucharest has 113 buildings with the highest seismic risk, and only 23 buildings have been consolidated in the last 21 years.