Romania has the lowest cost for arable land in Europe, says Eurostat 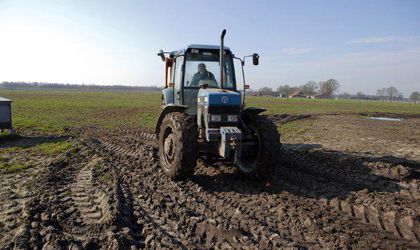 Arable land was the cheapest in Romania out of all member states, with a hectare costing an average EUR 1,958 in 2016, according to Eurostat, the statistics office of the EU.

On average, the most expensive purchase price for one hectare of arable land was in the Netherlands, at EUR 63,000.

The price of arable land in every region of the Netherlands was above all other available national averages in the EU. However, among the EU regions for which data are available, the most expensive price for arable land was in the Liguria region of Italy (an average EUR 108,000 per hectare).

“From the data available, the strongest growth in land prices of arable land between 2011 and 2016 was in the Czech Republic (a three-fold increase), Lithuania, Estonia, Latvia and Hungary (a two-fold increase). Prices rose in other Member States too, albeit at much lower rates. Renting one hectare of agricultural land was most expensive in the Netherlands (an average EUR 791 for the year), with the highest regional average in Flevoland (NL) being almost twice the national average (EUR 1,536 for the year). Renting agricultural land was cheapest on average in Latvia (EUR 46 per hectare per year), although the cheapest regions in the EU for renting were Mellersta Norrland and Övre Norrland in Sweden (both EUR 28 per hectare per year), added the statistics office.