Romania has the highest infant mortality rate in Europe 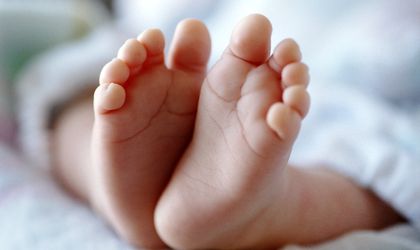 “Romania registered the highest infant mortality rate of EU member states, and this is the most illustrative indicator of the healthcare state. (…) Mother birth mortality rate, despite being on the decline, is still at a high rate, which is twice the EU average,” according to presidential councilor Diana Paun, quoted by Agerpres newswire.

“One concerning aspect is that infant mortality rates are not on the decline. The main efforts must target restoring basic vaccination services, maternal care and general medicine. The drain of medical staff abroad and corruption are also issues that Europeans believe Romania needs to solve,” said Paun.

Romania also holds the first place in cervical cancer mortality ranking and on the second place in the ranking as far as the incidence of the disease is concerned.

“The incidence of cervical cancer is twice the EU average and the mortality rate caused by this cancer is three times higher in Romania than in European countries,” she added.

Romania is also under the European average as far as medical equipment is concerned.

“Even though it trains the highest number of medicine graduates, Romania is much under the EU average in all categories of medical professionals, especially in the categories of doctors and nurses. As far as the infrastructure is concerned, there are 3,000 ambulatory offices, 1,500 labs, 300 home care suppliers, over 7,000 pharmacies and around 450 hospitals,” said Paun.

Romania has major deficiencies in dealing with infant mortality, abortions, depressions, infections and the survival rate of cancer patients.

The system has issues in attracting financing. “We have real difficulties in attracting European funds due to our lack of preparation in this field. We have legislative issues, we have organization issues because the hospital system, which is consuming resources, is excessively developed to the detriment of primary medical care and ambulatory system, which is a priority in all European countries. We also have excessive bureaucracy,” said Paun, quoted by Agerpres.

However, there are some positive aspects. An internal evaluation revealed that Romania has skilled and dedicated medical staff, and an adopted national health strategy, according to Paun.