BR Exclusive. Romania has tax incentives for the IT industry in place, but companies can’t really use them 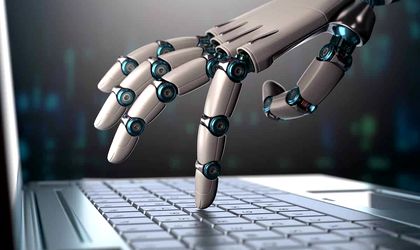 The Romanian IT industry is one the fastest growing in the country and it has already reached over 6 percent of GDP. There are a number of reasons for the way this industry evolved over the years. On one side there is a very good culture and knowledge of mathematics, just like Oleg Khaykin, president and CEO of Viavi, said at the opening of a new office in Bucharest. This means that we have a good workforce in the industry, which has attracted many foreign companies.

The workforce was also cheap and still is compared with the developed countries in the West. But apart from all this, the industry benefited from tax incentives from the state. Along with the financial help that the state provided for many companies or corporations (usually when hiring in large numbers), the tax incentives were very important for both companies and employees.

The situation began to change in 2016, when a number of alterations were made to the fiscal law. The tax incentive for IT is the exemption from personal income tax for IT employees; that means that 16 percent of the employee income is not taken by the state (they still have to pay for social contributions) and considering that the salaries are the main expense for many companies (since the work is based on computer programming or activities alike) the incentive was very important.

“The exemption from personal income tax is much appreciated by IT employees and it represents an important factor in salary negotiations”, says Monica Pascu, tax manager at KPMG. „At the same time, companies see it as an important tool for attracting candidates and retaining highly qualified employees.”

The problem was that over the years some companies decided to name as ‚IT employee a lot of different jobs, like accountants or janitors. The situation changed after December 2016 when Dacian Ciolos’ cabinet decided to introduce the tax incentive for start-ups, but also introduced the phrase ”final product” for the companies to prove that they have a software product at the end of the line and therefore receive the incentive for the employees. The phrase meant that companies that were making software by command for global markets could no longer get the incentive, just like many other from the outsourcing business. Also, the companies were eligible for the incentive after overtaking a level of EUR 10,000 in revenues from each programmer that worked for the software, including the start-ups for which there was no way of reaching the number very fast.

Last year the government tried to fix the problem so it made a new decision eliminating the phrase in order to allow all the companies to get the tax incentive and also gave start-ups two years before they would have to reach EUR 10,000 per programmer. Also in the group of people eligible for the incentive were introduced those that work as IT but in a company that is not specialized in software.

Only a few months later, the government decided to change the entire fiscal regime of the employees. Among the changes there is the passing of the fiscal contributions from the employer to the employee and cutting the income tax from 16 percent to 10 percent. Unfortunately, this is translated by losses in net income for the employees.

“The legislative changes at the beginning of the year have had a negative impact on the IT industry. They either generated losses in net income for tax exempt employees whose employers could not afford to compensate for the negative impact of the transfer of social contributions from the employer to the employee, or they generated supplementary costs for companies which maintained the net salaries at the same level as for December 2017,” says Pascu.

After several complains from the IT companies, the government tried to fix things.

“With the aim of helping companies to preserve the net salaries of the exempt employees, in Ordinance 3/2018, the Government proposed a formula for compensating the health contribution so as to ensure a monthly net income during 2018 equal to the net salary for December 2017, for the employees who suffered losses because of the legislative changes. Unfortunately, the proposed formula has limited applicability, as it generally only applies to situations where the employees receive exclusively the base salary from employment contracts, without receiving any benefits, bonuses or without performing overtime,” explains Pascu.

Basically, the latest fix is not really applicable so the employees are either getting less money than in 2017 or the employer has bigger expenses.

“Considering the importance of the IT Industry for the Romanian economy, as well as the rapid pace of technological development, we believe that it is important for the Government to continue to support this industry, by maintaining the current fiscal incentives and by continuously adapting them to the changes which occur inside the IT Industry, as a result of technological development (e.g. extension of the income tax exemption to new occupations, and encouraging companies to invest and develop new types of high added-value activities),” says Pascu.

There are over 110,000 people working in the IT industry and around 8,000 are added every year. And the government decisions over the fiscal regime are very important for the future if this industry, which is why it would be better if the changes and the experiments would stop.