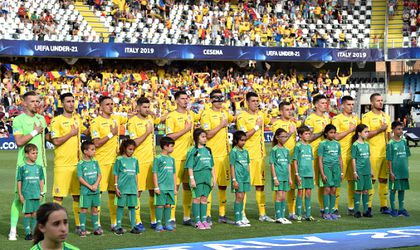 Romania’s Under-21 football team will play its first ever semifinal at the European U21 Championship against Germany, the holder of last year’s trophy. The match is set for 7 pm (Romania time) and will be played in Bologna, Italy, where temperatures are expected to exceed 40 degrees Celsius on Thursday.

The Romanian national team has qualified to the semifinal after they beat Croatia (4-1), England (4-2) and tied with France (0-0) in the group stage. Germany defeated Denmark and Serbia and tied with Austria.

After the semifinals were set, UEFA decided to change the schedule and reverse the order of Thursday’s two matches. As a result, Romania-Germany, which was initially set for 10 pm Romania time, will be played at 7 pm, in extreme heat conditions.

Read more about
LinkedIn Post of the Day: March 30 | Wieden + Kennedy: We’re in this together. #StayHomeSaveLives
read more

The other semifinal will  the youth teams of France and Spain.

“I congratulate Romania for its presence in these semifinals, it is the result of talent, combined with the work and experience of the players working in Italy, Denmark or Austria. Ianis is a very good player, but we do not have a special plan just for him, but for the whole team. My players have a special discipline that I enjoy very much,” said Stefan Kuntz, quoted by the official FRF website.

COVID-19 and the impact on FDI: Invest Romania should adapt its strategy as the business community is stuck at home