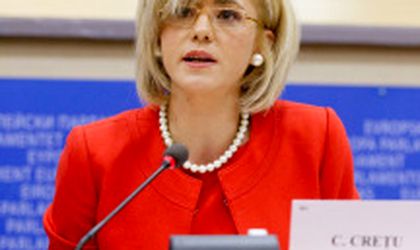 European Commissioner for Regional Policy Corina Cretu stated on Monday in a press conference in Bucharest that at European Commission level it is expected for Romania to officially submit the Transport Master Plan.

“Related to the Transport Master Plan, we expect for Romania, as we already said, to officially submit this master plan, in the latest version. We saw all the assumptions that are made in the media, but until we have the latest version, the official version, submitted to the Commission, I don’t think that it makes sense to make assumptions. We expect the plan, including corrective measures related to the interruptions,”said Corina Cretu. She added that the observations regarding the large infrastructure program were “minor”.

The updated Transport Master Plan, completed after public debate, foresees the construction of 1.300 kilometers of highway by 2030, double the level established in the original strategy.

Also on Monday, Cretu stated that Romanian villages and communes should be revitalized and developed by economic and human inflows, according to Agerpres.

“In my opinion, a development programme for communes and small towns is important to Romania. To this end, I want to inform you first that I and the commissioner in charge with agriculture decided inside the European Commission to pay special attention to a more consistent articulation of urban and rural development, to work closer at the level of directorates general and the European Commission, so that the dynamic and significance of rural development may increase in the period immediately ahead,” Cretu told the 18th ordinary session of the General Assembly of the Association of Romania’s Communes.

She added that the European Commission believes any region needs a medium and a long-term strategy in order to be revitalized.