Romania’s performance was below that of all of its neighbors, namely 5 percent below that of Bulgaria, Czech Republic, Estonia, Lithuania, Latvia, Poland, Slovakia, Slovenia and Hungary.

According to the BNR, approximately two thirds of these amounts were evenly distributed, (around EUR 4 billion in each case) for the funding projects in three main sectors: development of transport infrastructure, environment protection (mainly expansion and modernization works of water systems, works for the development of integrated waste management systems), as well as the development of educational infrastructure, that of lifelong education and funding of micro enterprises.

The rest of the EU funds attracted were directed towards education and training of human resources, including in rural areas, the development of social inclusion, namely the streamlining of economic activity, including through the funding of R&D projects, the BNR report shows.

According to the BNR, in the new financial framework, entries have so far been represented only by advances, and no information is available on the use of these amounts. “The low absorption o the structural and cohesion funds trigger an opportunity cost from the perspective of the convergence of the Romanian economy, as it was noticed that the regions with higher absorption rates between 2007-2014 usually creates have a faster pace of development. 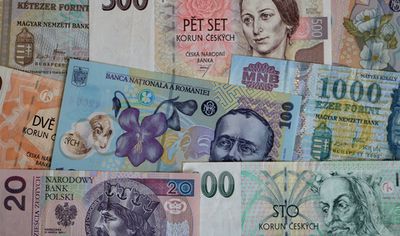 Leonardo Badea (BNR): Assessing the effectiveness of public policies; between the need for...

Leonardo Badea (BNR): On the role of the interest rate corridor in the...