Romaero says it could become profitable next year 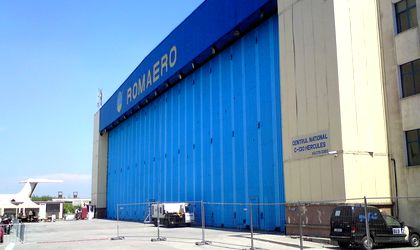 State-owned company Romaero Bucuresti, which specializes in production, services and R&D services in the field of aeronautics for the civil and military sector, both for pasengers and freight, reported losses of RON 14.13 million in the first semester. This is half the amount approved as part of the revenues and expenses budget, according to the company’s Council of Administration, News.ro reports. The company’s report says that Romaero could become profitable next year.

“In the first six months of 2018, Romaero recorded for the first time in the last five years a positive EBITDA, amid a 80 percent increase in operating revenues, resulting in a 64 percent increase in net turnover, simultaneously with the decrease to about 80 percent of the level of expenditures for every RON 1,000 operating income, the result being the halving of the budgeted loss for this period of the year “, the report shows.

“In the first half of 2018, the loss of exploitation (RON 9.5 million) is less than the sum of the expenditures with the fiscal accessories (RON 8.9 million) and the overhead expenses (over RON 5 million), which denotes that the activity of the company no longer generates losses, and the extinguishing of historical debts through the capitalization of surplus assets can allow the company to pass on profit “, the document states.

In the first half of the year, the company made provision for write-downs and risk and expense provisions totaling RON 7.54 million.

Staff spending has increased by about 30 percent. The average number of staff in the first half of the year is 756 employees, compared to 695 employees in the first semester of 2017 and the figure is expected to grow.

“It is estimated that by keeping the current economic profile of the economic operator as a whole and by re-establishing the technical and economic balance between the types of activities in the industrial production and services sectors, the maximum efficiency level can be achieved in a sustainable way with a 1,200- 1,300 employees with average age of 44-46 years and critical productive assets (hangars, production halls, laboratories, offices, warehouses, aircraft handling platforms, various annexes, movements, unstructured land needed for long-term development, etc.) on an industrial platform surface of 17-18 hectares, “the report said.

The state-owned company expects to reach profit next year, with a gross profit of RON 884,000.

The total budgeted revenues for this year amounted to RON 116.29 million, over 65 percent higher than last year, when it was RON 70.41 million.