Roma ‘King’ Cioaba to Trump: We can build US-Mexico wall 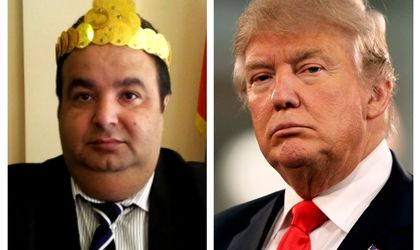 Dorin Cioaba, the self-titled ‘international King of the Roma people’, who resides in Sibiu, Romania, told US President Donald Trump the Roma can help build the projected wall at the US-Mexico border, as they are “good craftsmen.” According to Cioaba, the offer comes at a low price, as the Roma nation lacks jobs and their financial situation is dire.

In his letter to the US President, Cioaba states that the Roma, who are good at working with iron, can both design and build the projected wall. “On occasion of your swearing-in in the position of President of the United States of America, the Roma nation that I represent wishes you to carry out your work with strength, and may God bless the decisions you will make regarding peace and prosperity at an international level. At the same time, I want to assure you that the nation I represent can support you with your projects; and the first collaboration offer we launch is that to execute, alongside the members of my group, the wall between the United States and Mexico. The offer comes at a low cost due to the fact that the Roma nation is unemployed and their financial situation is very precarious. Not least, we let you know that the Roma are good craftsmen when working with iron, therefore they can design and carry out the work you wish to make,” the letter, published by Romania’a national news agency Agerpres reads.

US Ambassador to Romania, Hans Klemm, told journalists at a press meeting in Galati, that, based on the US President’s previous statements, the latter would prefer to see Americans build the wall. “This is new to me, I did not know about it. I cannot comment, but I can say, from previous statements of President Trump that he would prefer that Americans build this,” Klemm said.

US President Donald Trump signed on 25 January the executive order for the building of a wall at the border between the United States and Mexico, which has a length of approximately 3,200 kilometers. Works are expected to start in the next six months.