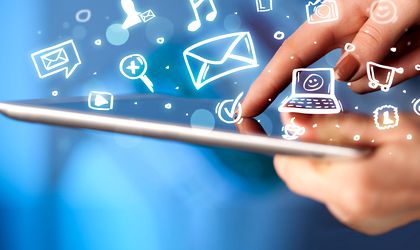 The RO-NET project, which consists in rolling-out broadband internet to poor or difficult to reach areas, has been competed in over 200 localities and is currently in advanced implementation stage in other 220 localities, according to a press release from the Ministry for Information Society.
In line with the targets set in the project, until November 2016, 783 localities in hardly accessible areas will benefit from broadband internet coverage.

“The project supports the local economy both by offering direct benefits to the communities, that can thus take a step forward in their development, but also due to the fact that the bulk of the necessary equipment- fiber optic, containers, pillars- was acquired from various local suppliers,” according to Ovidiu Ghiman, executive director for the Commercial Business Segment at Telekom Romania, which implemented the project.

Up to now, the EC has come forward with 22 percent of the total value, and the completion stage of the project is 25 percent, a result that was reached in less than 2 months.

The implementation contract was attributed in 2014 to Telekom Romania for RON 365.7 million, VAT included.
Over 4,500 kilometers of optic fiber will be installed until the end of the RO-NET project, of which half will be installed on already existing infrastructure while the other half on new infrastructure- approximately 50,000 new pillars will be installed during the project.
At the end of May, the European Commission decided to split the project in two stages.
The total value approved for the first stage of the project reached EUR 18.8 million, of which EUR 12.5 represents co-financing obtained via the European Regional Development Fund.
The budget allocated for the second stage of the project is EUR 53 million.
RO-NET will cover 783 out of 2,268 localities identified as “white areas.”
This will contribute to the reduction of the digital gap between urban and rural areas bringing broadband closer to 130,000 households with 400,000 inhabitants, 8,500 enterprises and 2,800 public institutions.
Otilia Haraga
DMCA
PROTECTED
Tags: broadband internet, digital gap in Romania, internet access in Romania, RO-NET, telekom romania