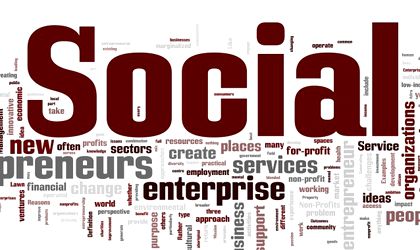 The newest research shows that social entrepreneurship is highly embedded in the developing and developed  countries, more and more entrepreneurs want to do good deeds, not only profit. Romania is for the moment behind other countries in this field.

The report published his week represents the biggest comparative study about social entrepreneurship in the world and it is based on interviews with 167, 793 adults from 58 countries, made in 2015. There were several co-authors: Niels Bosma from Utrecht University, Thomas Schott- University of Southern Denmark, Siri Terjesen- American University și Norwegian School of Economics and Penny Kew from GEM South Africa.

Romania is situated under the global average and under many other countries from Eastern Europe, having 2.5 percent from adults that have already started a social entrepreneurship activity. Estonia has 4 percent, Croatia 6.1 percent and Hungary 9.7 percent.

Th world regions with the greatest social entrepreneurship activity, both in the starting phase, as well as operational, are US and Australia with 11 percent, followed by Sub-Saharan Africa with 9 percent. South-East Asia is the region with the lowest number of social entrepreneurs, only 3.8 percent.

Bosma, professor assistant at Utrecht University School of Economics from Netherlands declares that almost 55 percent of the world social entrepreneurs are males and 45 percent are females, which is a lower gap than the one in the commercial entrepreneurship. Also he says that the report shows that younger persons with ages between 18 and 34, are more eager to create social organizations.

Businesses Ideas for the Aspiring Entrepreneur