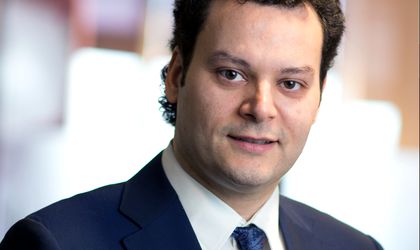 Regina Maria will open a new clinic in Bucharest, in the Dorobanti neighbourhood. The healthcare network, which is implementing EUR 2 million expansion plans, currently has 14 locations in Bucharest.

After increasing its portfolio with six new healthcare centers in 2016, in Pitesti, Craiova, Targu Mures and Timisoara, Regina Maria continues its expansion plans in 2017 with three new openings in Bucharest. In February the network opened Policlinica Victoria, nearby Victoria Square, and expanded its portfolio in Bucharest by purchasing the IXIA Medica clinic, which served the eastern part of the capital. The former IXIA Medica clinic now operates under the name Policlinica Regina Maria Doamna Ghica. Next, it and will open a new clinic in the Dorobanti neighbourhood in the near future. According to company representatives, the capital represents an area of interest for the future and by opening its two new locations, the healthcare provider ensures a better coverage of the central area of Bucharest.

Starting this year, Regina Maria started being active on the private healthcare services in Ploiesti by taking over the Al-medica Berlin medical center. The Ploiesti clinic, covering a surface of 300 square meters, is the network’s first in Ploiesti.

The company’s expansion plans are valued at over EUR 2 million and, company representatives say, reflects the healthcare network’s active involvement in developing the national healthcare system.

„2016 was, for Regina Maria, a year of deals. Only by joining the Ponderas Academic Hospital, we marked one of the most important such transactions on the private medical services market. In the past years, Regina Maria was involved in 13 takeover deals, as well as three that changed the shareholding – the biggest on the medical services market. Nevertheless, we keep on focusing on quality, not on quantity. We carefully pick the purchases and partners, because our purpose is to maintain our leadership position through the quality of services and to provide the same healthcare standards în allour locations. We still have an appetite for acquisitions, we are considering several deals and are open towards other expansion opportunities. We are analyzing all possible acquisitions,” Regina Maria CEO Fady Chreih said.