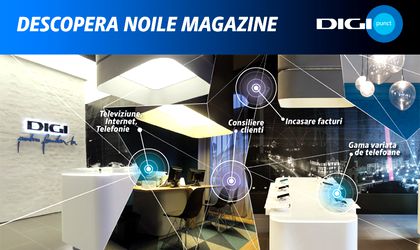 Cable Communications Systems NV (CCS), the main shareholder of telecom operator RCS&RDS will launch two bond issues in euros and ron in a bid to attract over EUR 690 million for the refinancing of existing debt. The operations will reduce the company’s exposure to currency risk, prompting rating agency Standard & Poor’s to improve the prospect of the ratings of the two companies.

The perspective associated to RCS&RDS ratings was revised from ‘stable’ to ‘positive’, a statement by Standard&Poor’s (S&P) Global Ratings states. The agency confirmed the ‘B +’ long-term ratings granted to the two companies and has assigned a similar rating to the bond issues prepared by CCS.

CCS, the company controlled by businessman Zoltan Teszari, is planning to launch a bond issue in euros valued at EUR 375 million and one in ron, with a total value of RON 1.43 billion (EUR 317 million), to refinance an EUR 659 million debt.

Following the transaction, the debts of CSS will remain at the same value, but the euro debt will fall to about 40 percent of the total debt from 65 percent of total currency. “Given that most of the revenues are generated in ron and forints, the currency imbalance will be partially maintained, but will be much reduced,” S&P said in a statement. S&P estimates that the operational performance of the RCS&RDS will remain solid and the company will generate increased profit margins in the coming years.

RCS&RDS is the largest operator of local television and fixed Internet access services in Romania.