Radisson Complex in Bucharest gets takeover bid from investment fund 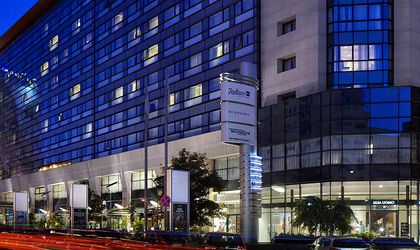 Israeli Elbit Imaging, which controls Bucuresti Turism, the operator of Radisson Complex in Bucharest, said it got a non-binding letter of intent from an investment fund interested in taking over the local hotel operations.

The subsidiary of Elbit Imaging plans to sell its entire shareholding of around 98.2 percent in the in a company owning the Radisson Complex in Bucharest based on a property value of approximately EUR 177.5 million.

The deal could be closed in the next three to four months if the buyer submits a binding offer and gets financing. In addition, the deal has to be vetted by the Competition Council in Romania.

The seller will use the net proceed to repay banks loans and to support working capital adjustments, according to a statement submitted by Elbit Imaging to the Nasdaq.

The complex is managed by Rezidor, part of Carlson Rezidor Hotel Group.

Timo Obalek is the new Hotel Manager of Radisson Blu, Bucharest and Park...