Qatar Airways to operate 11 daily flights between Doha and Dubai

Qatar Airways is stepping up frequency on the Doha – Dubai route with three additional daily flights taking capacity up to 11 services a day in a move to offer passengers more choice.

Effective August 25, introduction of the new services provides improved connection opportunities over the airline’s Doha hub to a raft of destinations across the carrier’s growing international network.

A mix of morning, afternoon and late night flights to Dubai ensures more travel options. And the additional flights also reinforce the importance Qatar Airways places on the route, the highest frequency of any route operated by the airline with 77 services each week.

Qatar Airways Chief Executive Officer Akbar Al Baker said: “Additional capacity on our most popular route demonstrates the level of confidence and commitment we have to a key neighbouring market”. It is also indicative that as we develop our international network with the introduction of new routes, we want to provide the travelling public greater travel options between Doha and our feeder markets such as Dubai.  Apart from inducting new destinations into our global network, integral in our strategy is to continue stepping up frequency on existing routes.”

Qatar Airways currently operates flights to over 100 destinations across Europe, Middle East, Africa, Asia Pacific, North America and South America with a modern fleet of 98 aircraft.
Recently named Airline of the Year 2011 in the prestigious annual Skytrax World Airline Awards, Qatar Airways embarked on yet another aggressive 12-month expansion programme at the beginning of the year. 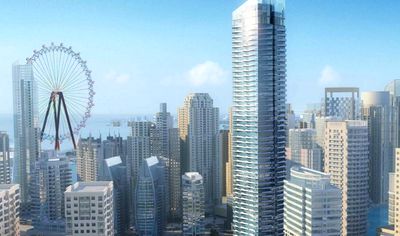 Read more about
Why invest in Dubai: eco-friendly city with high ROI on renting out and cryptocurrency in use
read more

Qatar Airways introduces further routes from Doha over the next few months, including the Bulgarian capital Sofia on September 14; Norwegian capital Oslo from October 5; Entebbe in Uganda from November 2; Azerbaijan capital, Baku on November 30; and the Georgian capital Tbilisi, also on November 30.

Qatar Airways operates one of the youngest fleet of aircraft in the skies today. It has orders worth over US$ 40 billion for more than 200 aircraft, including Boeing 787s, 777s, Airbus A350s, A380s, A320 Family of aircraft and Bombardier corporate jets. The rapid expansion of Qatar Airways prompted the State of Qatar to embark on one of its biggest projects – the construction of a brand new international airport in Doha, which is scheduled to open in 2012.

Renting Out Homes in Dubai Marina versus Downtown Dubai