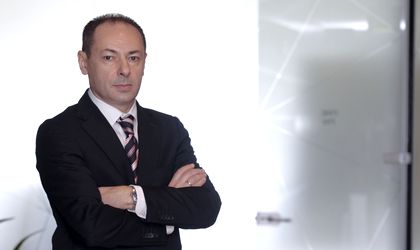 Romania’s forested areas available for exploitation decreased by 18 percent since 1990, despite the fact that at the end of 2015, the country’s wooded area was 6.86 million hectares, the highest level since 1929. In addition, Romania has the lowest productivity of the workforce in the EU. According to Bogdan Belciu, PwC Romania partner and author of a study on the wood forestry and processing industry, intelligent exploitation, forestation and investments in infrastructure would boost the potential of the sector and increase its contribution to the GDP.

At the end of 2015, the wooded area in Romania was 6.86 million, placing the country on the 8th place in Europe. This is the highest level recorded since 1929, the study shows. At the end of 2015, the forested area represented 29 percent out of the total land area of the country, an increase of 2 percent compared to 1990. Overall, Romania’s forest coverage is below the EU average (37 percent) and below the target set by Natura 2000 programme (40 percent). The natural increment of forests in Romania is about 5.4 m3/ha/year (according to data from the National Statistics Institute) or about 7.8 m3/ha/year (according to the National Forest Inventory).

The state of the forestry infrastructure, together with the outdated harvest technology are also some of the factors behind the low productivity of the workforce active in the sector. Romania has, at the moment, the lowest productivity of the workforce in the EU. Specifically, the productivity stands at 8.4 annual work units (AWU, equivalent work done by a full-time employee) / 1,000 ha, double the European average of 4.3 ULA / 1,000 ha). “In the EU member states, on average, a single employee of the public administration manages around 632 ha, 2.4 times more that the area managed by a local employee (263 ha), the main reason being poor IT systems used by the forestry sector in Romania” argues Bogdan Belciu.

The forestry and wood processing industry in Romania has a contribution of 3.5 percent to the GDP when taking into consideration the indirect effects as well, the study shows. The direct contribution of the wood industry to the GDP was relatively constant in the past decade (varying between 1.1 percent and 1.5 percent). This, in turn, placed Romania 9th within the EU (1.1 percent compared to the European average of 0.4 percent).

In 2014, Romania was the 9th largest processor and marketer of raw timber in the EU, accounting for 3 percent of total crude processed and marketed timber Union (420.4 mil. m3). But given the low level of logging, this contribution could rise.

In Romania, the wood production (15.1 mil. m3) was above the EU average (14.5 mil. m3), while only a small proportion of raw wood harvested was exported (0.5 mil. m3). The average exports for an EU member state was of 1.7 mil. m3. Instead, to support the production capacity and the need for supply along the value chain, an additional 1.6 million m3 were imported. In conditions of a better use of forests, the demand for this volume could be covered from domestic production exclusively, the study authors argue.

In Romania, a large part of the wood production is consumed for heating, namely 5 million m3, significantly higher than the EU average of 3.39 million m3. An important part of internal consumption was covered by imports of 1.01 million m3, this confirming that there is demand which could be covered by domestic production. Romania imports wood from the neighbouring countries, such as Ukraine and more.

The forestry and wood processing sector has high potential

The forestry and timber sector contributes by EUR 1.7 billion to the state budget, when taking into consideration the direct and indirect effects on the economy. Also, this sector employs directly 128.000 people and other 186.000 in related sectors. The wood processing industry contributes with employment in less developed areas by creating production units. According to the PwC study, investments in the wood processing sector were around 200 mil EUR per year.

The potential of Romania’s forestry and wood processing remains very high, the study shows. „Romania’s forestry and wood processing sector development potential is very good, insofar as productivity will increase,” Belciu explained. The solutions include “more use of forestry potential by diversifying forest species in favour of more productive ones, increasing afforestation, annual increment of standing timber, but also of the harvested one”, added Bogdan Belciu.