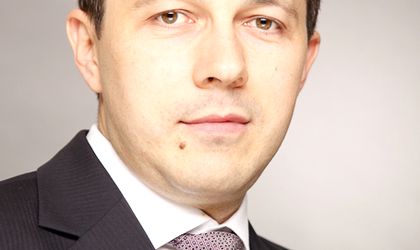 The list is topped by Kaspersky Labs, followed by TOTVS, Neusoft and ESET.

According to the study, the companies have certain common characteristics, such as the experience and understanding of local markets, common advantages, such as low cost structures, entrepreneurial culture, demographics, and common challenges, such as distance, funding and trust.

Out of the 30 companies included in the global ranking, 13 are based in China and almost a third in Eastern Europe and Russia, while 7 are based in Asia/Pacific outside of China, mainly in India and Korea. Only one company is based in the Americas.

Recent estimates show that Romania is among the top10 nations in terms of certified IT professionals per capita and broadband Internet speed. The Eastern European contingent highlights the legacy of the education system of the region, the study argues, with a special emphasis on math and science, which continues to this day.

„There is significant potential in the Romanian IT sector. The market leaders, such as Bitdefender, have already shown that they have the capacity to compete with innovative products and services on a global scale. But the local software companies need to overcome obstacles in terms of securing access to funding in a financial and capital market that is not very sophisticated. They also need to invest in management teams capable to bring the business on the global stage by connecting to the right networks. Start-ups especially face a critical shortage of capital and the Romanian authorities need to devise ways to create an entrepreneurial ecosystem that can foster innovation and generate business opportunities”, said Florin Deaconescu, Technology, Media and Telecommunications (TMT) Leader, PwC Romania.

“We could say that the golden IT generation who emerged from the Romanian traditional IT school and stepped straight into the free economy in ‘90’s has managed to inspire the next generation. This transfer was also favoured by some tax measures taken by the authorities over years, which helped reduce the brain drain to richer countries. It is now time for the Romanian authorities to encourage innovation and R&D to help the industry reduce dependence on outsourcing and move into generating more value added products and services”, Florin Deaconescu added.

„Some governments have not made the same level of investment in university that they did in the past, especially in scientific areas,” Florin Deaconescu warns, adding that migration patterns show some talented people still seek better opportunities elsewhere.

These challenges partly explain why the turnover of the top 30 emerging markets software companies represent a mere 1.4 percent of global software industry revenues, the study shows.