PwC: In 2017, the most undervalued companies listed on BSE were from the financial sector 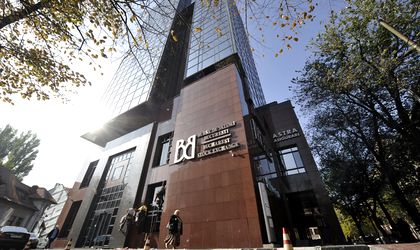 The market value of the companies listed on the Bucharest Stock Exchange (BSE) grew by approximately 20 percent in 2017. The macroeconomic landscape in the last ten years affected BSE listed companies operating in the consumer goods, health and financial service sectors, while those in the oil and gas were the least impacted.

Companies in oil, gas and materials sectors are the most resilient to the fluctuations of the economic cycles between 2007 and 2017 and have conserved the value of investments, according to a PwC Romania analysis. The survey titled Valuation multiples in the context of Bucharest Stock Exchange and local M&A market was developed by the Valuation and Economic Analysis team within PwC Romania and uses financial data and classification of the companies based on the S&P Capital IQ information.

The aggregated data analyzed shows that the financial multiples of the companies tend to deteriorate in the periods when the economy is not doing well. This confirmed the general perception that financial multiples incorporates investors’ expectations who have the tendency of being more optimistic during the economic growth times. At the same time, the report shows, based on the evolution of BET and BET-TR indices, that BSE is strongly dependent on the country risk perception, and this influences as well the level of foreign investments. A substantial improvement of the two indices was notices in 2017 followed the IPOs developed in the second part of the year, but also because Digi Communications N.V. (the largest Romanian owned telecom company) and MedLife (private medical services) were included in the BSE general index.

“The Romanian Government could contribute to the development of the local capital market by accelerating the process of listing of the state-owned companies. Governmental portfolios in the energy sector, infrastructure and transport for instance are of interest for foreign investors and would attract important investment funds that closely follow the investment opportunities in Central and Eastern Europe. Moreover, this process would contribute to the development of State owned companies. The capital raised from such IPOs will enable state-owned companies to continue their investment programs and will contribute to developing a better air transport or energy infrastructure, for instance, without a considerable cost for the tax-payers”, said Sorin Petre, Partner, Valuation and Economic Analysis Services.

Over the course of 2017, out of the 7 industries analyzed, the electricity sector recorded the highest median market capitalization and the highest PER (price to earnings ratio, lower numbers are better, indicating undervaluation), whereas the lowest PER was displayed by the financial services sector. 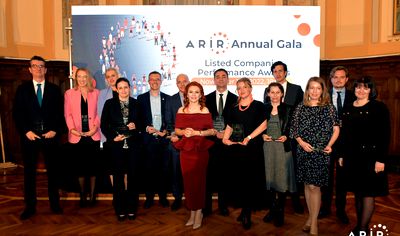 “Over the 10 years analyzed period we have seen an amelioration of the evolution of BSE, but the dependence on foreign capital, without some strong local investors, excluding the private pensions funds, continues to be high. Improvement of stock market indices, in the second part of the past year reflects the success registered by the completed IPOs. This shows the need of capital on the Bucharest stock market. On a different note, over the past six years, we have seen that investors on the capital market have won on average about 12% more compared to the ones investing in governmental bonds – this could be a strong argument for investing in the stock market”, said Ileana Guțu, Senior Manager, Valuation and Economic Analysis Services.

BSE listed companies have improved their market capitalization by approximately 20% over 2017, while the BET index grew by  16% over the same period of time. In 2017, the BSE capitalization reached RON 90 billion, but the value is below the maximum of RON 141 billion achieved in 2007, despite the increased number of listed companies.

As for the mergers and acquisitions (M&A) sector, over the analyzed period we looked at a sample of 50 transactions for which we had relevant financial information and the average EBITDA multiple over the analyzed period was 8.3x. The highest level was registered in 2008, while the lowest in 2010. Average EBITDA multiple observed in 2017 was 7.5 times.